Hi. This is a blog mostly about Buddhism in general, the practice of Buddhist chanting in particular, and learning Chinese (especially the study of traditional Chinese characters).

This blog is the product of a human being named Curt Steinmetz, a Zen teacher living in Rockville, MD. Curt’s teacher is Zen Master Dae Gak, the guiding teacher of Furnace Mountain Zen Center in Kentucky. Zen Master Dae Gak’s teacher was Zen Master Seung Sahn, a Korean teacher who traveled very widely and had students all over the world. So what you’ll find here is heavily influenced by Korean Buddhism, which, in turn, is heavily influenced by Chinese Buddhism. (And of course, as everyone knows, Buddhism originally came from India.)

This is one person’s blog, but it also links to a Zen meditation group that meets both online and (when there isn’t a pandemic going on) at a physical location (a private residence in Rockville, Maryland). If you are looking for that group, the Dae Do Sah Zen Group, the web page is here.

The two most common themes here are (1) Buddhist Chanting and (2) the Chinese language. These very often overlap.

Chinese is the “liturgical” language of Zen Buddhism (and East Asian Buddhism more generally). Most of the writings of the great Zen teachers of the past (as well as teachers of other schools such as Pure Land, Tendai, etc) is written in Chinese. Even well into modern times, Korean and Japanese Zen teachers have made extensive use of classical Chinese in presenting their teachings. And to this day Buddhist practitioners in Korea and Japan still study classical Chinese in order to better understand their own traditions.

Most of the chanting that Zen Buddhists do is in Chinese. These Chinese chants are usually quite old. For example, the version of the Heart Sutra that is most commonly chanted was originally translated into Chinese (from Sanskrit) almost 1400 years ago. So when you chant that particular version of the Heart Sutra, you are doing “together action” (a favorite teaching phrase of Zen Master Seung Sahn, my teacher’s teacher) with tens and hundreds of millions of people over the course of many centuries. When you chant some other version of the Heart Sutra (for example, something that was recently translated into English) then this sense of together-action is somewhat diminished.

Not only do Zen Buddhists chant in Chinese (with widely varying pronunciations), but nearly all of the written literature of Zen (including the literature of Zen from Korea, Japan, and Vietnam) is written in Chinese. For example, nearly all of the writings of Zen Master Dogen are in Chinese, and the same is true of Chinul, Sosah Taesa, Hakuin, etc. And, of course, ALL of the traditional Zen koans and other literature from the Golden Age of Zen in the Tang Dynasty are in Chinese. Most western Zen Buddhists only know these teachings in very loose (and often very questionable) translations into English (or some other western language).

Some people think that chanting practice has little or no place in Zen. This is a very strange way to think. Zen Buddhists have always included chanting as a significant part of our practice. We should learn from and emulate our ancestors, rather than arrogantly assume that it is up to us to improve on the traditions that are now made available to us. One of the greatest contributions that Zen Master Seung Sahn made to the spread of the Dharma in the West was that he actually managed to convince Western Zen practitioners to take chanting seriously, and to actually learn how to do it. There is a very profound teaching in this. 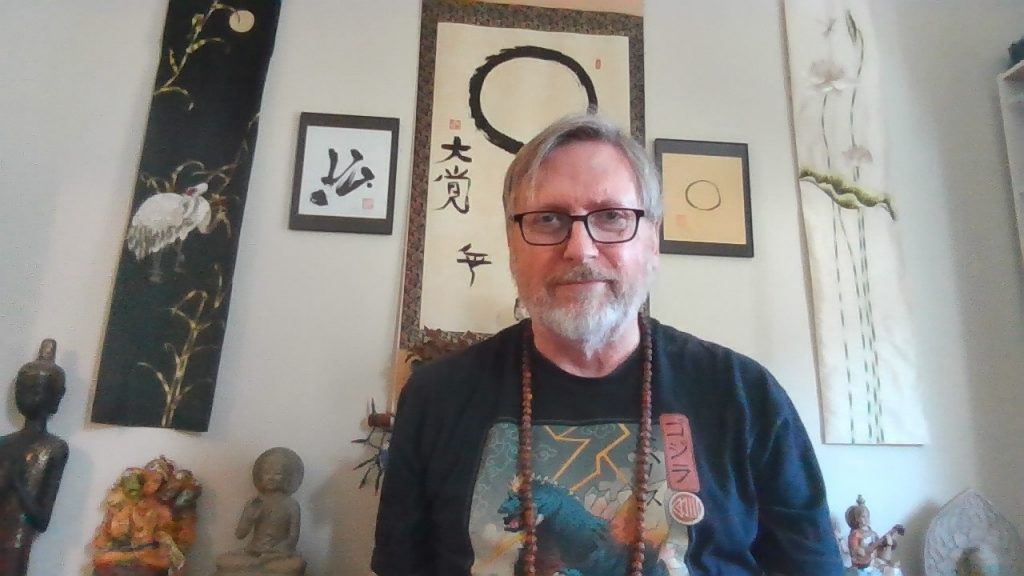